WSU and Ethiopian EMS Work Together to Save Lives 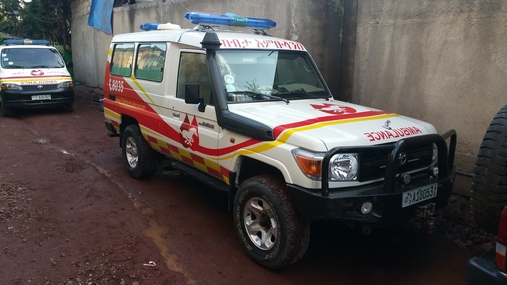 As a surgical clinician, Abebe witnessed many preventable trauma deaths – victims, he said, who were not provided the immediate emergency care they needed to survive until surgery. As a result, Abebe dedicated his life to creating Ethiopia’s first private EMS company, Tebita Ambulance.

Even after founding Tebita Ambulance, Ethiopia’s few standards for the training, licensing and continuing education of EMS providers made it difficult for Abebe to staff his ambulances with personnel qualified to address the acute trauma and illnesses prevalent in Ethiopia.

Enter the emergency care and rescue (ECR) department from Weber State University. With the help of Julie Rhodes, a registered nurse and nursing professor at WSU who travels frequently to Ethiopia, Abebe met Bill Robertson, chair and assistant professor in the ECR department. 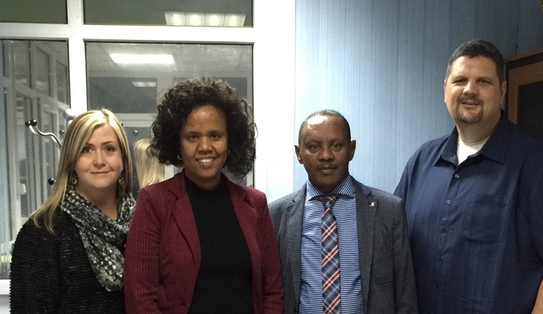 In July 2016, Robertson spent a week in Ethiopia accompanied by Lisa Trujillo from WSU’s respiratory therapy program. Robertson and Trujillo met with Abebe and his team, visited the Tebita training center and spoke with the deputy director to the Ethiopian Ministry of Health to discuss the future of EMS in Ethiopia.

“What Kibret has been able to accomplish in a few short years is almost unimaginable,” said Robertson. “He has put EMS on the map in Ethiopia, and has done so on a scale that has taken other countries decades.”

Today, Tebita Ambulance has 11 ambulances and most of the staffing necessary to make a difference in filling Ethiopia’s prehospital medicine needs. Robertson and Abebe collaborated on how WSU’s ECR department could assist Tebita Ambulance with developing programs that will further the efforts to establish educational and credentialing standards, and to provide a sustainable workforce of qualified emergency medicine providers for Tebita Ambulance as well as other agencies in Ethiopia.

“With the development of newer educational technologies, and the ever-increasing availability of broad-band internet capabilities in the developing world, we are able to collaborate with areas of the world such as Ethiopia in offering at least the didactic component of medical education,” Robertson said. “The face-to-face component of medical education that is necessary for skills and hands-on training is still a must, but with the ability to lecture from a distance, the time we spend there in person has become much more practical.” 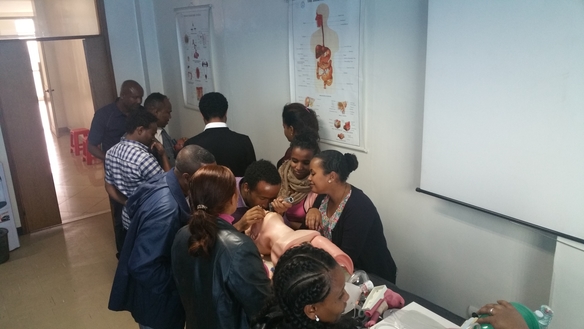 Ethiopia is the second most populous country in sub-Saharan Africa. Like many developing nations, its people have limited access to emergency medicine. According to Strengthening Health Outcomes through the Private Sector, which is funded by the United States Agency for International Development (USAID), Ethiopia has a high infant and maternal mortality rate – 1 in 27 women die in pregnancy. Many areas of Ethiopia are far from emergency medical care and have little access to ambulance services. The Addis Ababa Red Cross has 10 ambulances in Ethiopia’s capital city, but because of budget restrictions, only four can be operated each day.

Since 2008, Abebe and those at Tebita Ambulance have been providing EMS to Ethiopians in all walks of life. Abebe received several grants from USAID and the United Kingdom’s Department for International Development and partnered with impact investors from the United States to help fund Tebita Ambulance.

While Tebita Ambulance is a for-profit company, Abebe uses grants and tiered pricing to offer quality emergency aid to people of all incomes and reduce the number of preventable deaths.

Recently, the Ethiopian Federal Minister of Health recognized Tebita Ambulance for “Extraordinary Contribution in EMS,” and as “Hero of Health Development” and “Ambassador of Health and Social Services.”

Robertson has been an emergency medicine provider and educator for 25 years. Trujillo helped implement a respiratory therapy program, which began accepting students in 2016, at the University of Ghana.